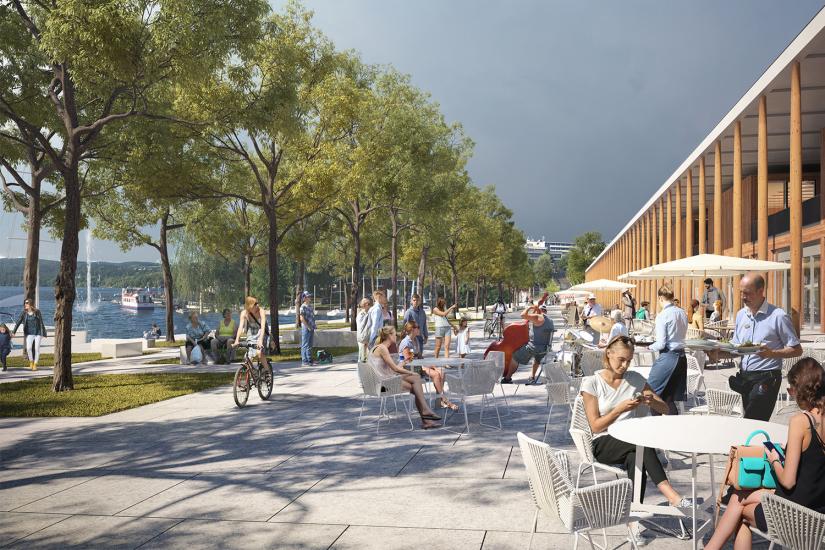 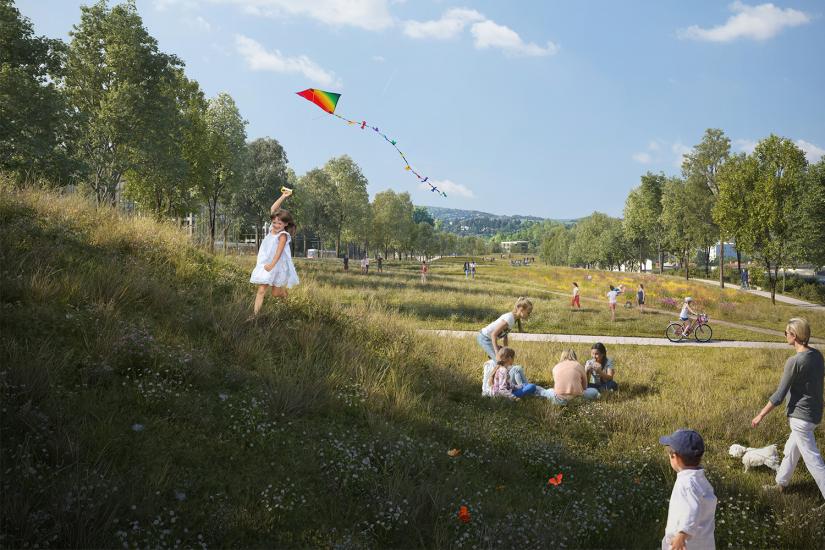 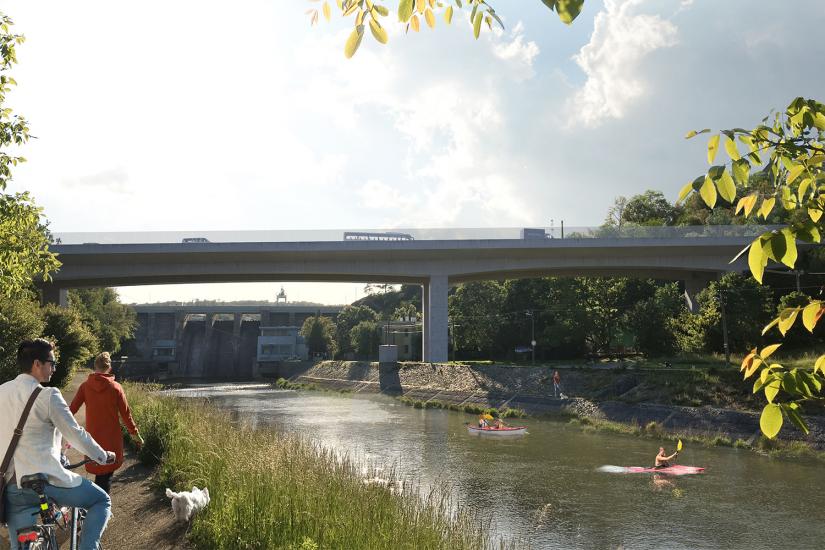 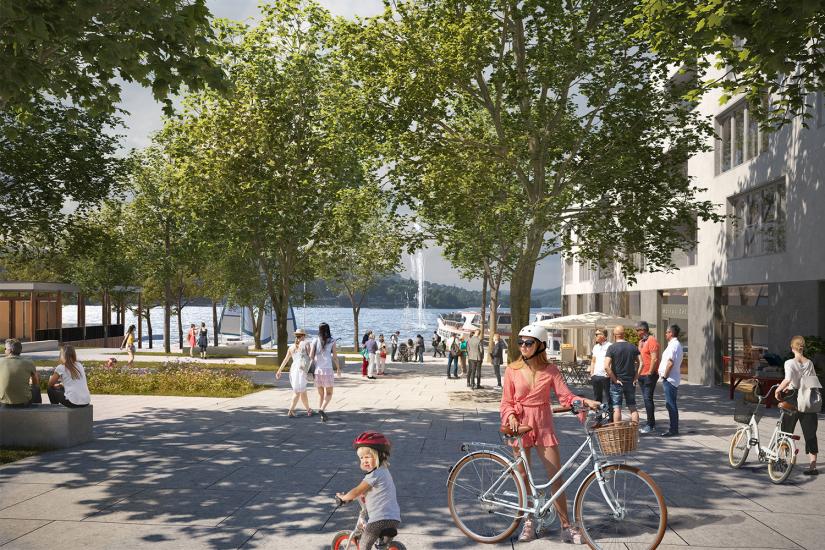 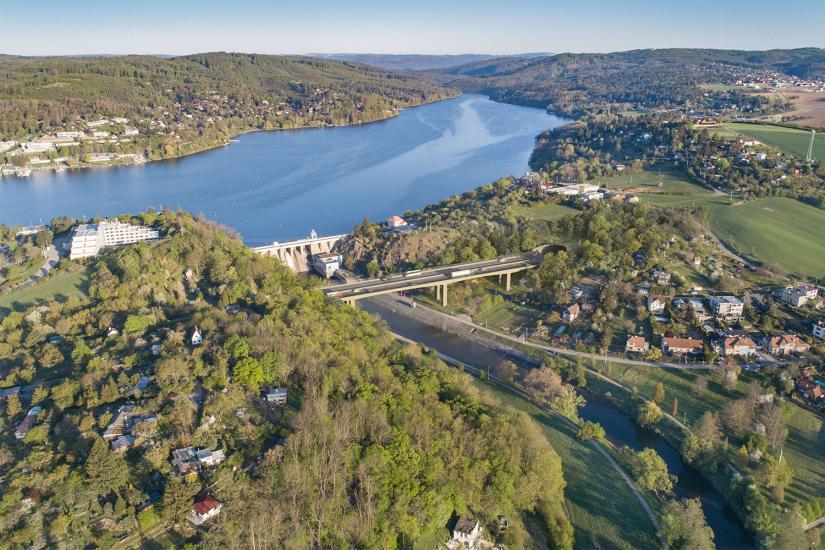 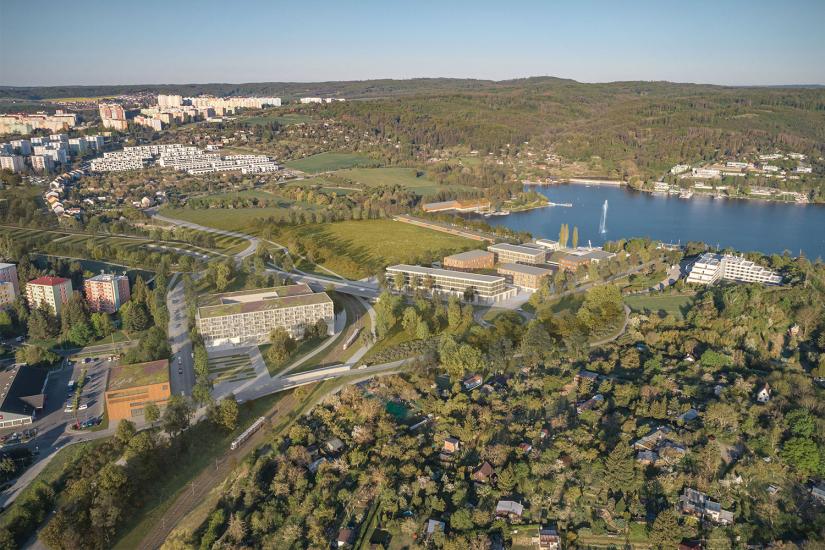 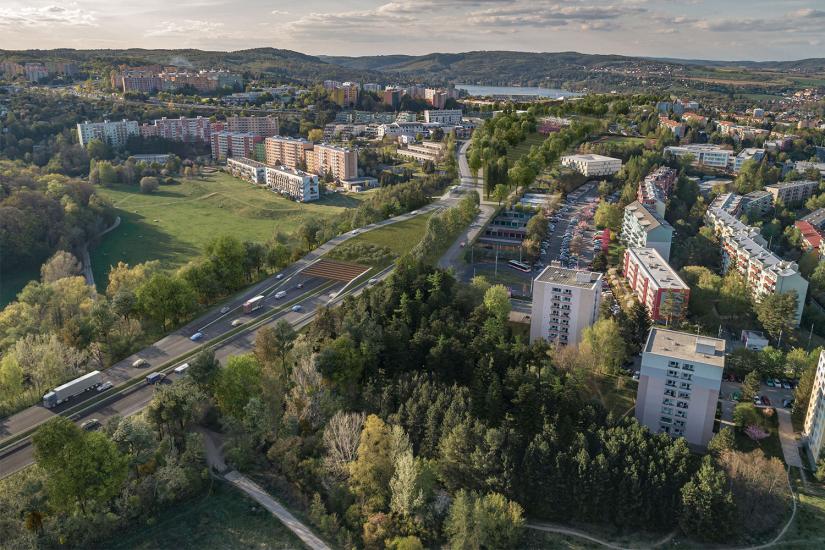 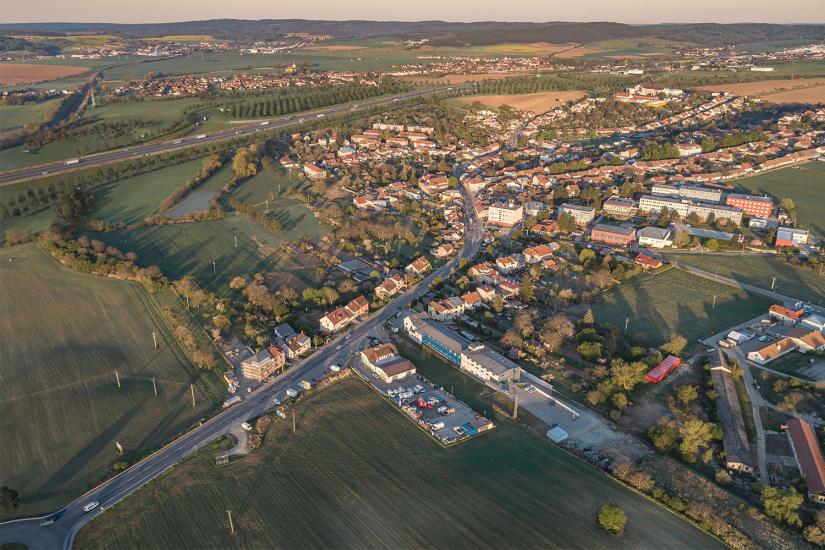 A crucial communication for the northern part of Brno agglomeration, the X 43 route‘s most   complicated stretch appears to be between Bosonohy to Kníničky. The study mainly focuses on finding a solution for Bystrc, a district with the heaviest traffic, where it plans to create

The most important change is to cancel the Old Highway and place the X 43 underground. The Connecting Park, created as a result, will allow smooth connection of housing estates Bystrc I and II including adequate access to the Dam. An axis following the new promenade runs through the Connecting Park, lined with sycamore trees and finished with a colonnade at the waterfront.

Lines of traditional tree types, birch, and pine groves, and orchards change into grass meadows and playgrounds. Marginal parts may be used as private gardens. The Park will complete the concept of Bystrc as a city in greenery.

The study also deals with the change of traffic organisation including an overpass of a tram line, roads, walkways and cycle routes. The design includes a direct and non-conflicting connection of Přístavní Street with the new promenade and the waterfront.