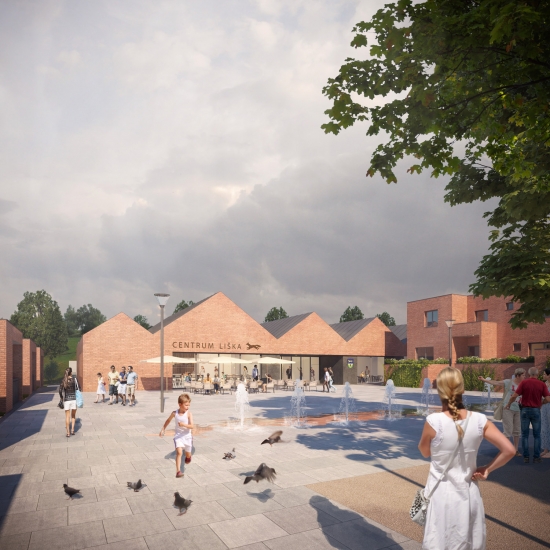 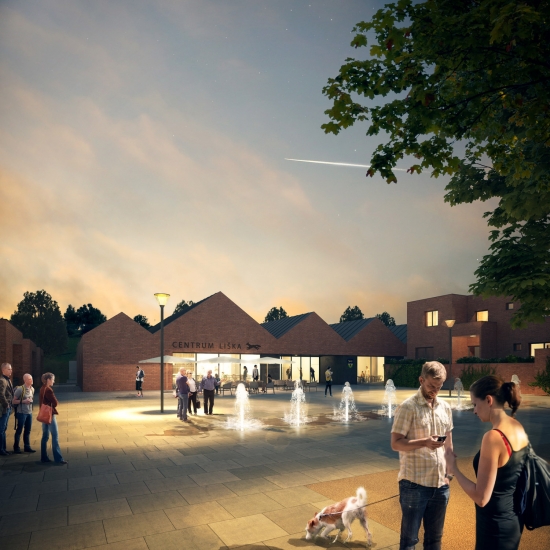 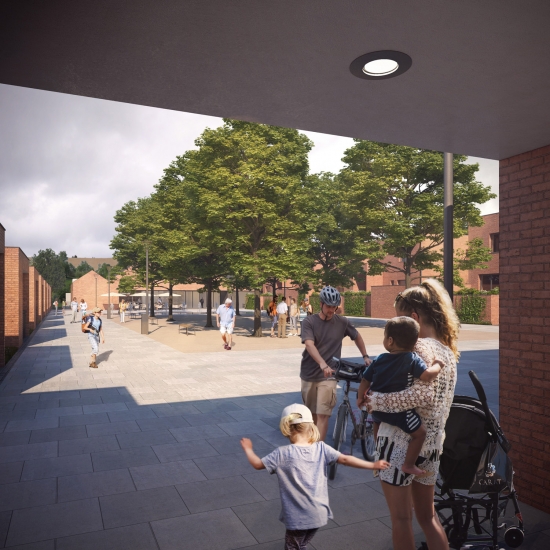 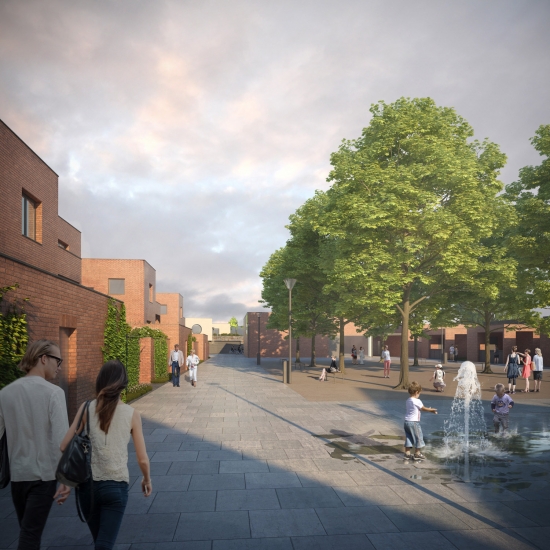 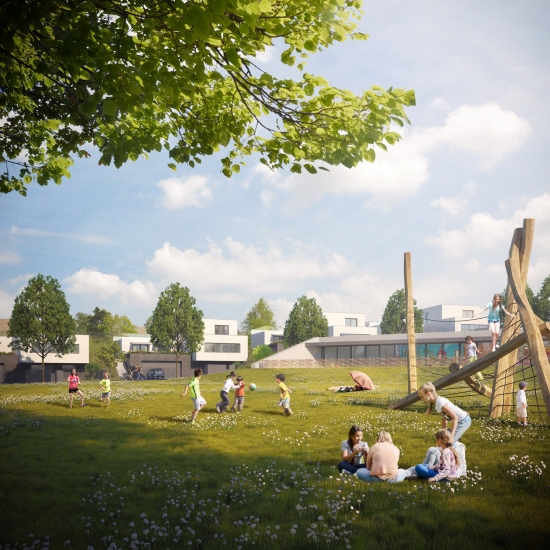 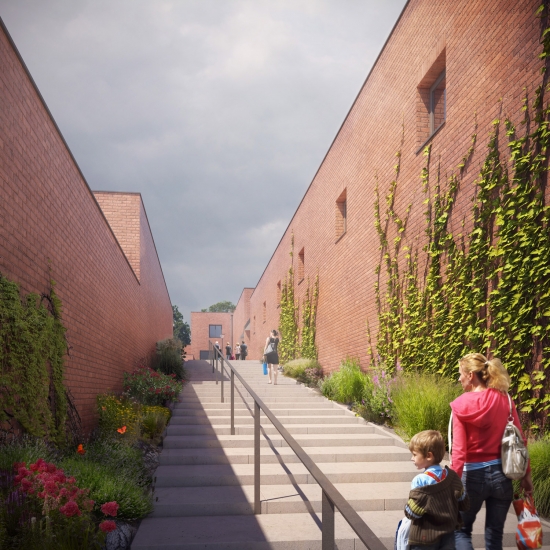 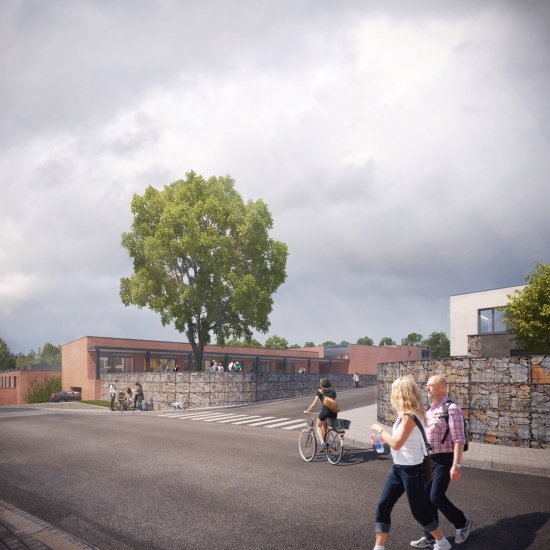 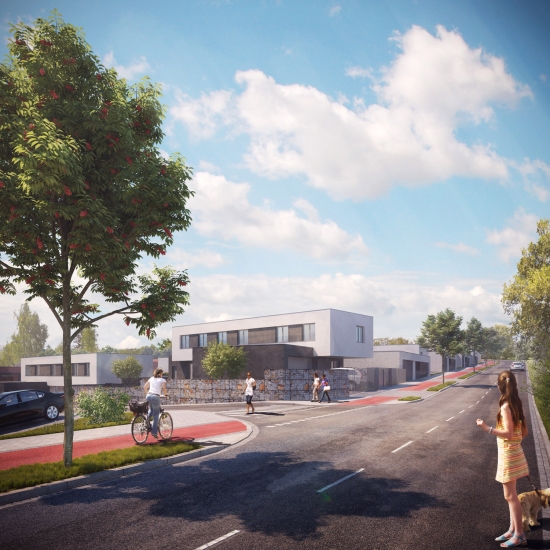 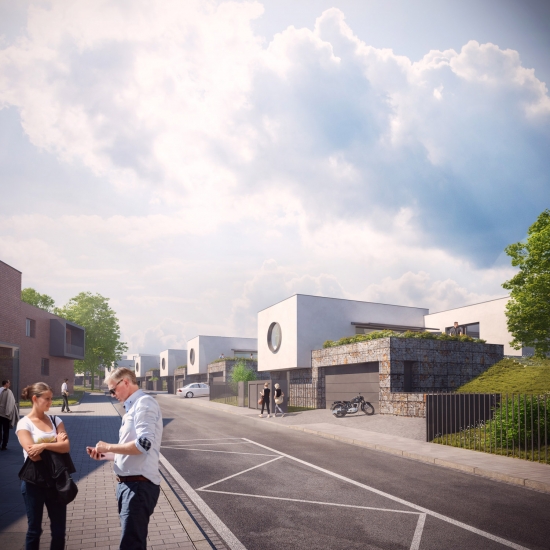 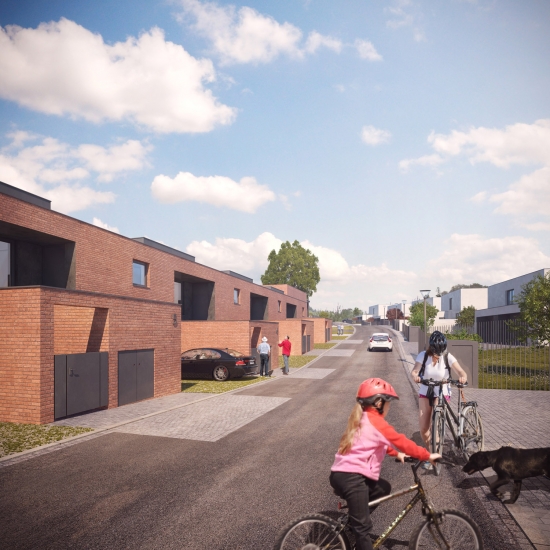 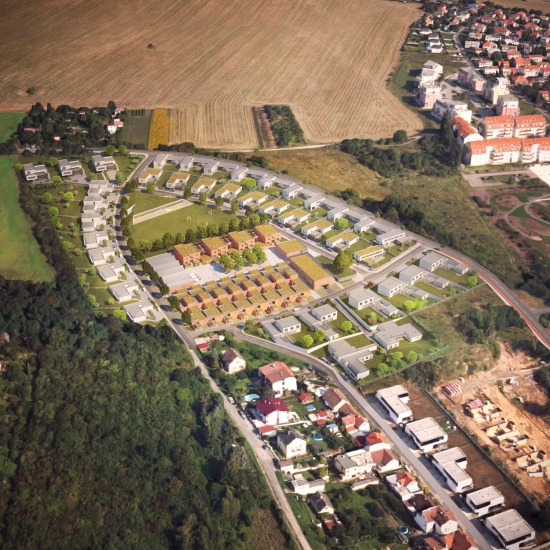 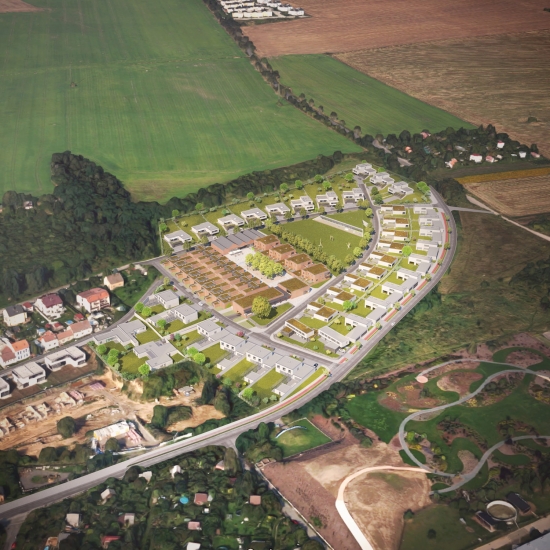 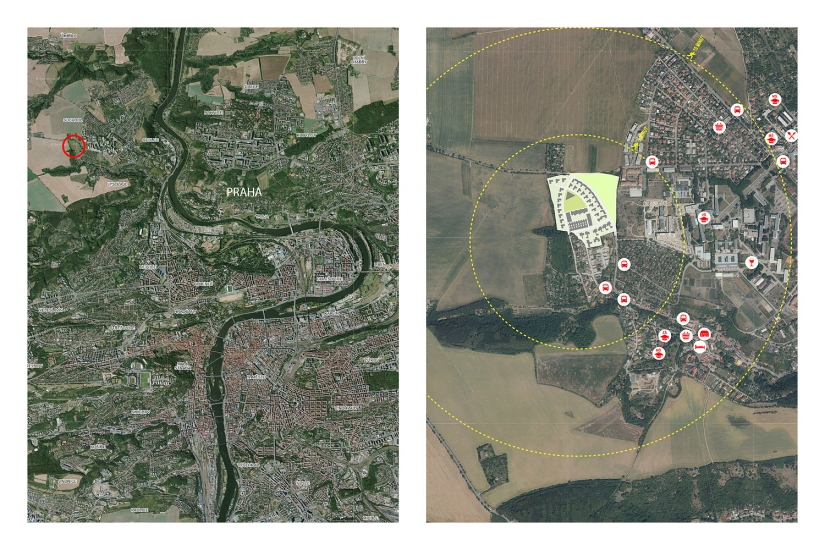 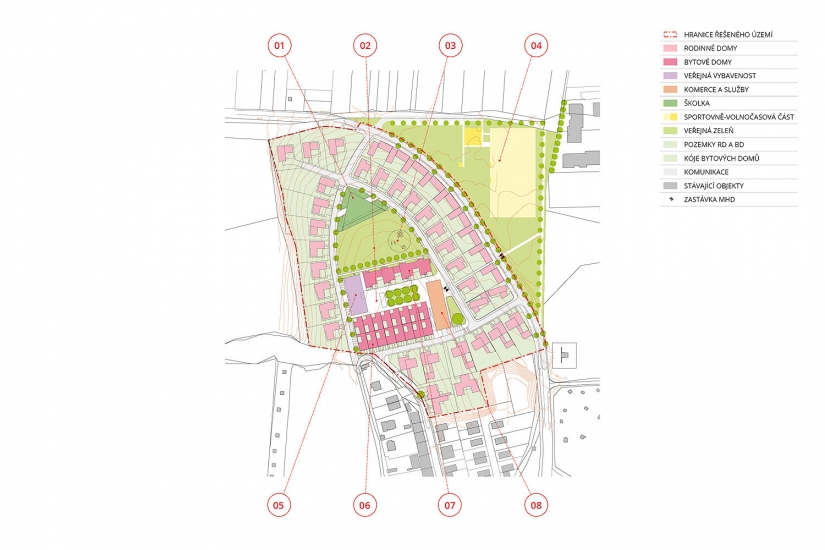 The new development in the northwestern part of the Praha-Lysolaje District is the result of a rare symbiosis between the public and the private sector, of collaboration between the council and a developer. The project proposes a new municipality centre that would include public amenities not yet available in the existing neighbourhood due to spatial constraints. The new development is connected to the existing street network in four places, and at the heart of it there are two new public spaces – a square and a park. The buildings around the square include a community centre with a multi-purpose hall and a restaurant, an apartment building with council flats, medical facilities and grocery shops, and a one storey apartment building with private atriums. Around the park there are 57 single family homes of different types arranged according to the sloping landscape and at the north end a nursery school partly hidden under the surface of the rising terrain. The project includes a new sports area to the north-east.

The choice of surface materials reflects the dual character of the project: red bricks for public buildings such as those around the square and light stucco and stone for private homes. The third additional element is the park.