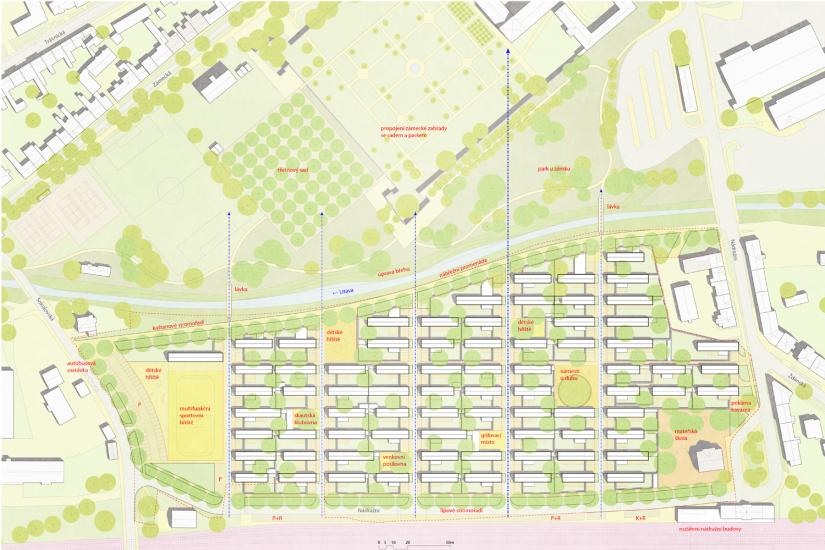 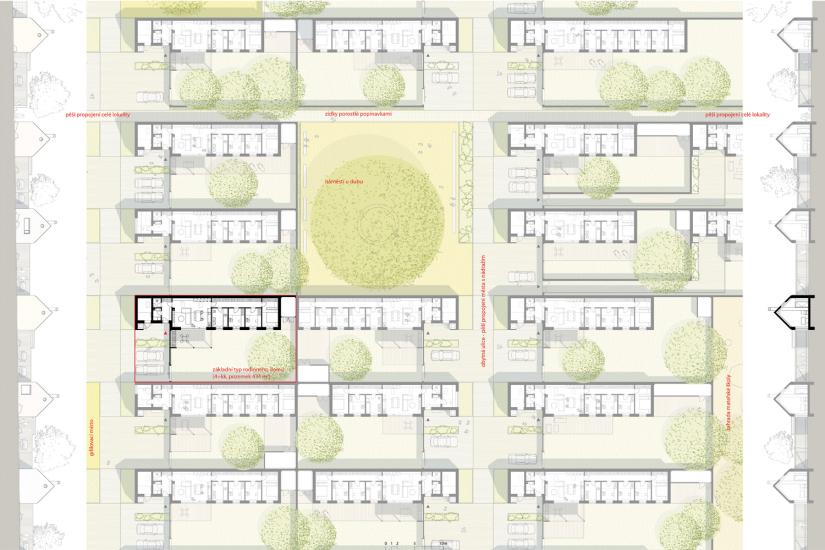 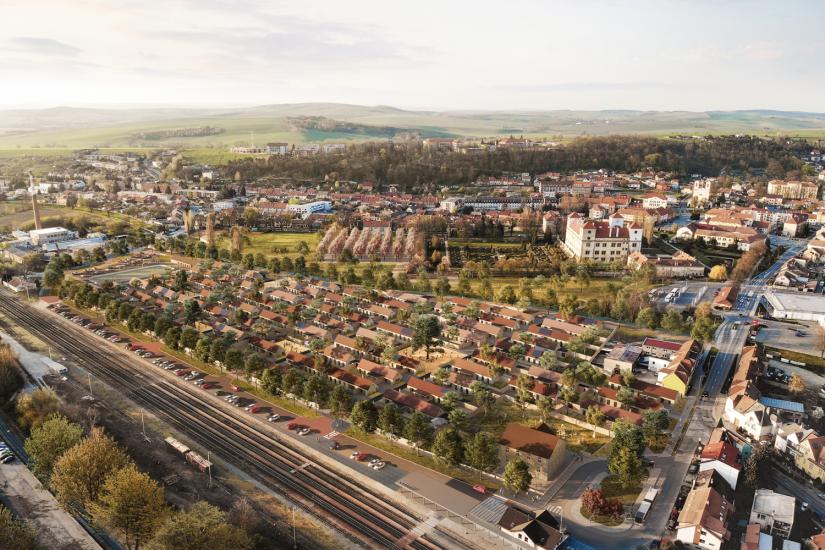 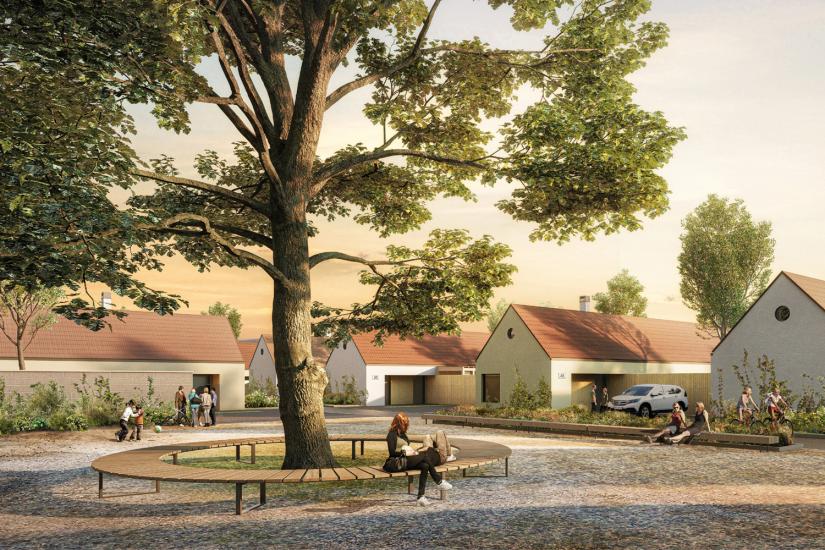 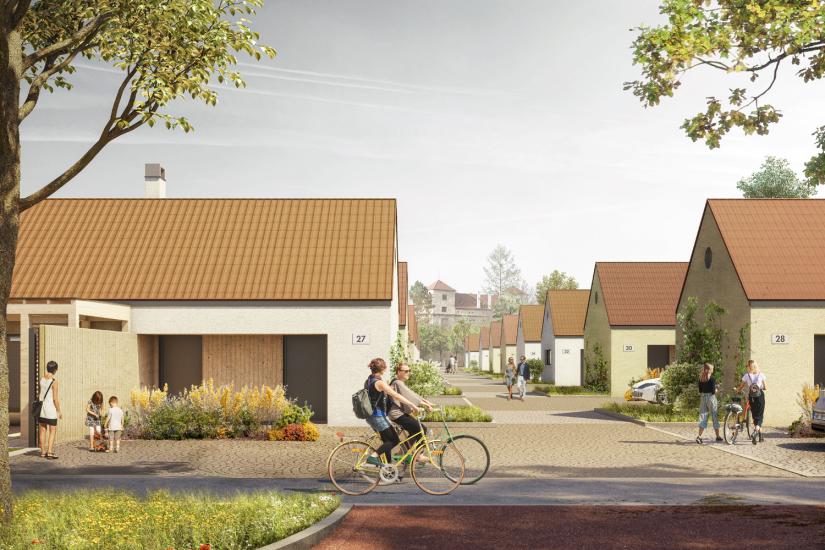 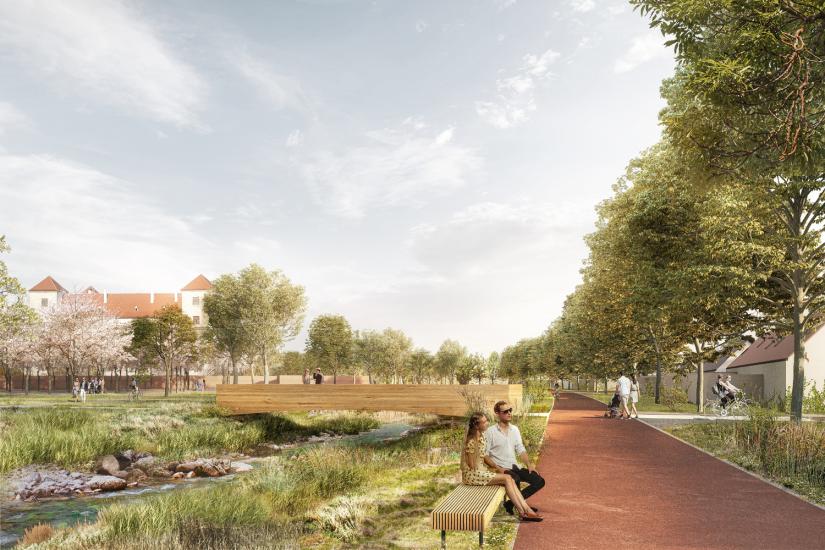 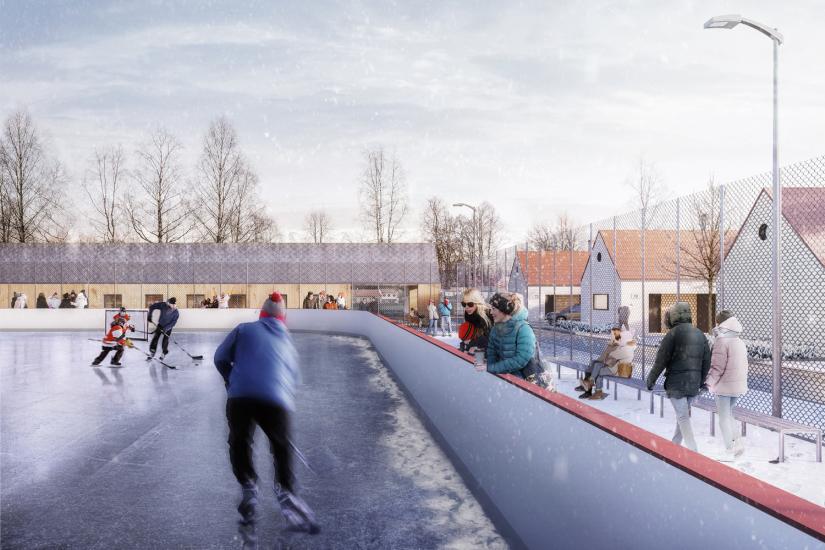 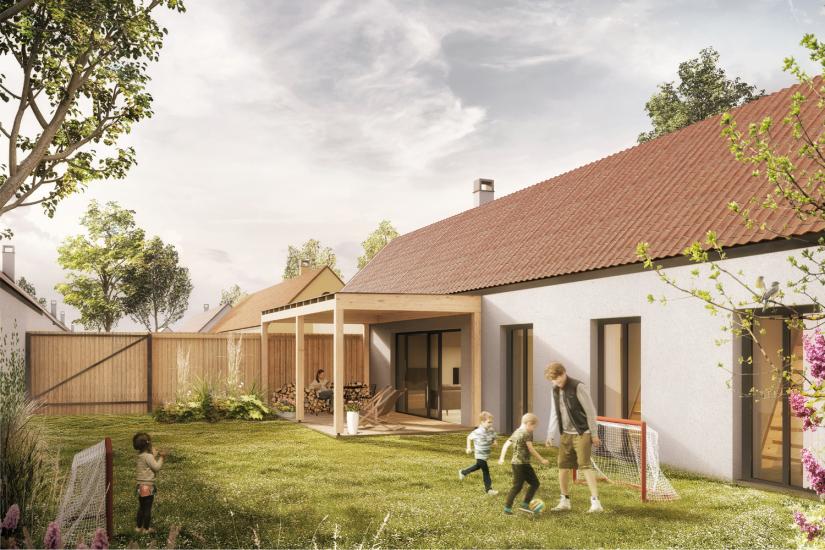 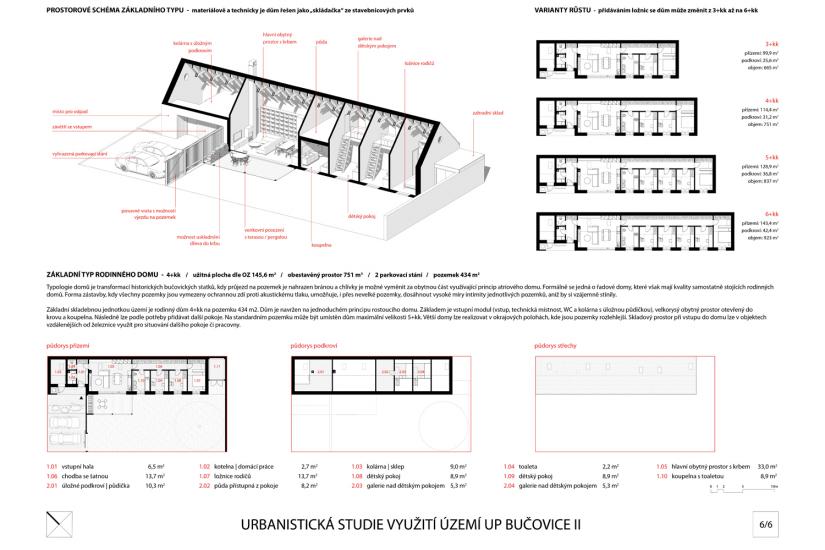 A site on the boundary, a site in immediate proximity to the centre, a site restricted by railway noise on one side and the risk of flood on the other.

Planned on the site of the former Applied Arts Manufacture in Bučovice, the new residential complex

follows the historical relations in the area not only with the location but also the house type, crossing

of roads and by integrating the accent of Bučovice Castle. The complex is conceived as a garden town, primarily for pedestrians — a town of short distances allowing its residents to live in greenery and to secure all the necessities on foot — kindergarten, school, shops, services, sports, and public transport.

The urbanist concept is based on the classical principle of Roman cities where two perpendicularly intersecting roads — cardo and decumanus — define the city centre and also create its backbone. The center of the complex is a square called U starého dubu (At the Old Oak) where both axes intersect. The first connects a railway station with the town centre, the second, the main walkway,

leads through the enire territory.

The typology of the houses is a transformation of historical farmsteads following the principle of an atrium house. All houses are single-floor, with gable roofs, gable walls facing the street, and rooms facing private gardens. A protective wall provides the houses with shielding and a high level of intimacy, without the houses shadowing each other.