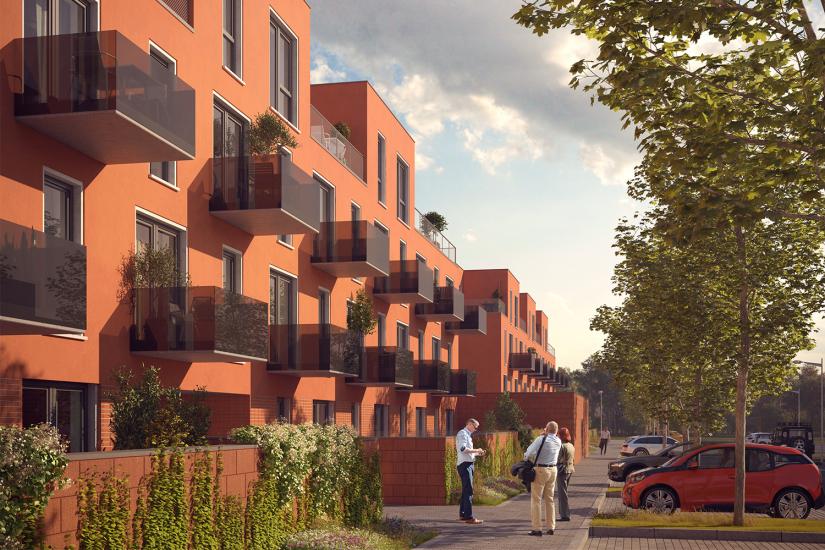 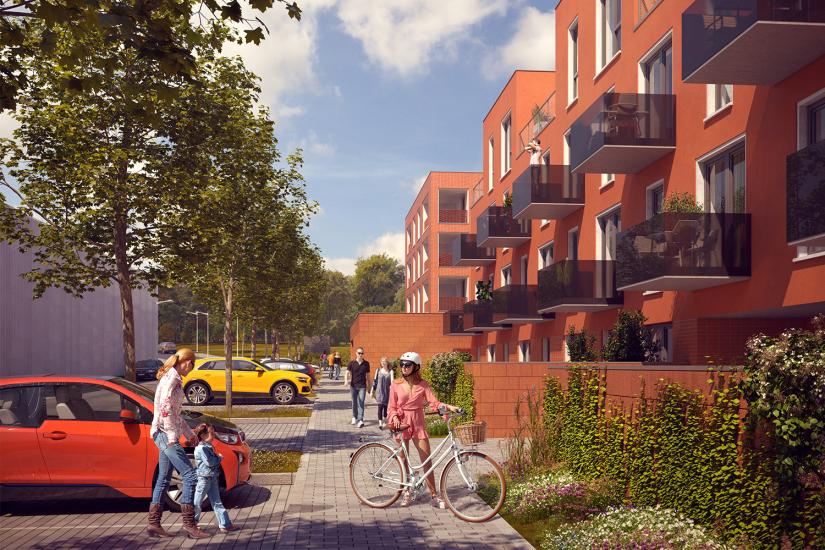 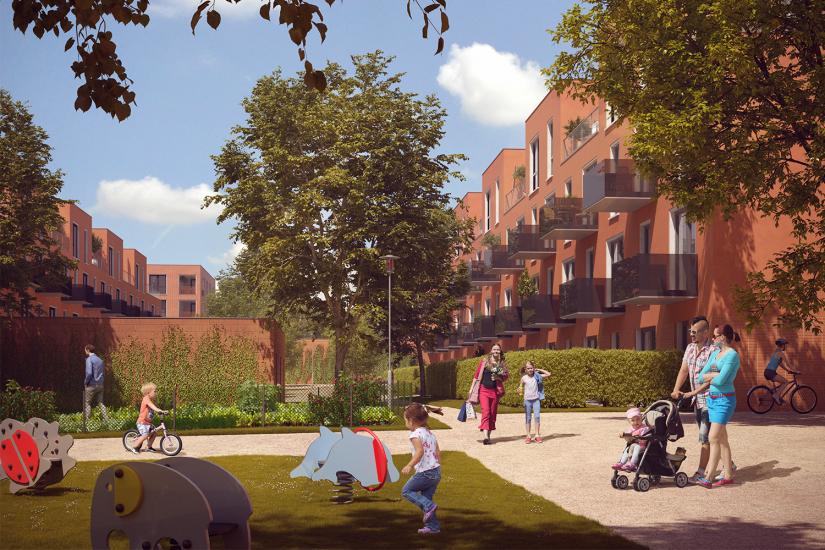 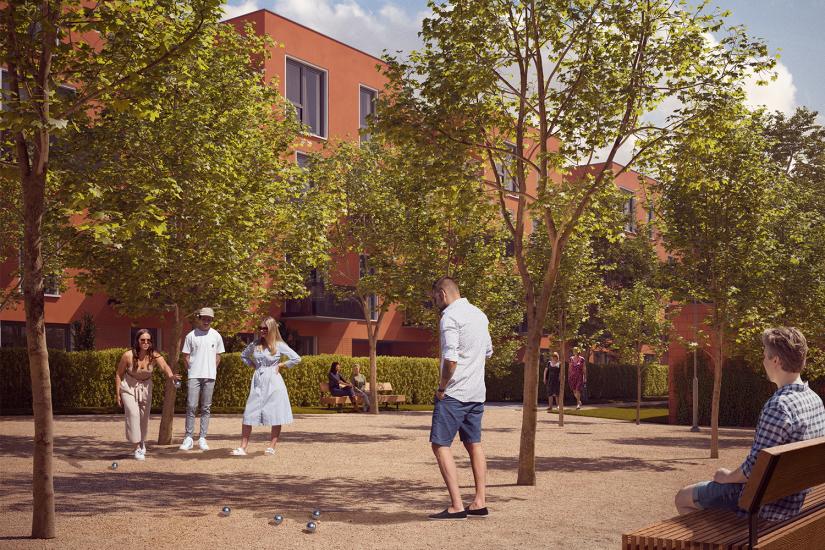 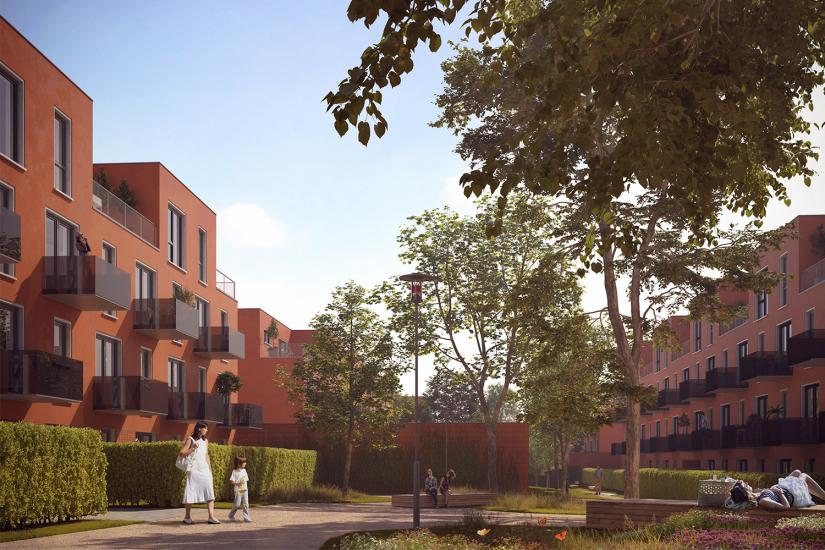 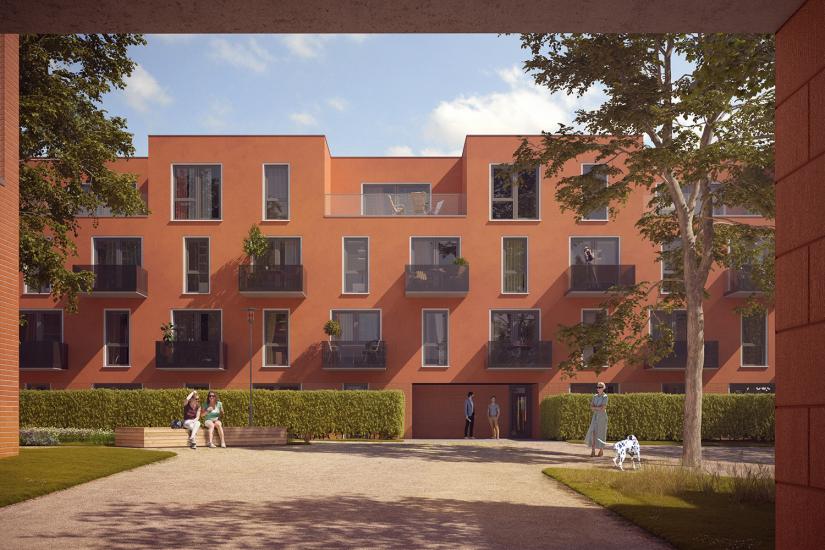 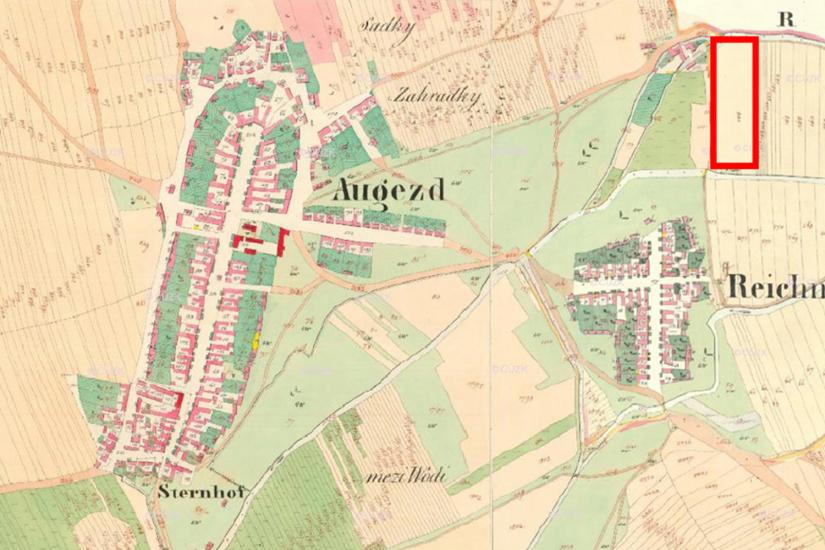 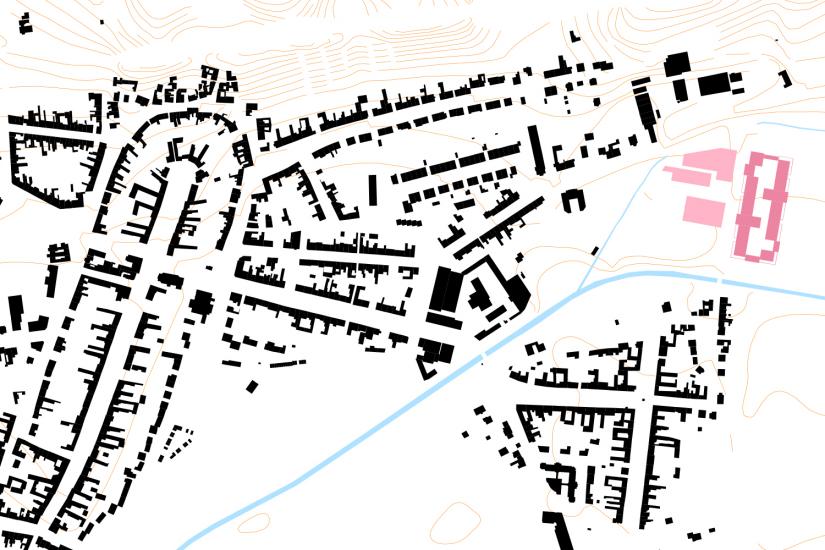 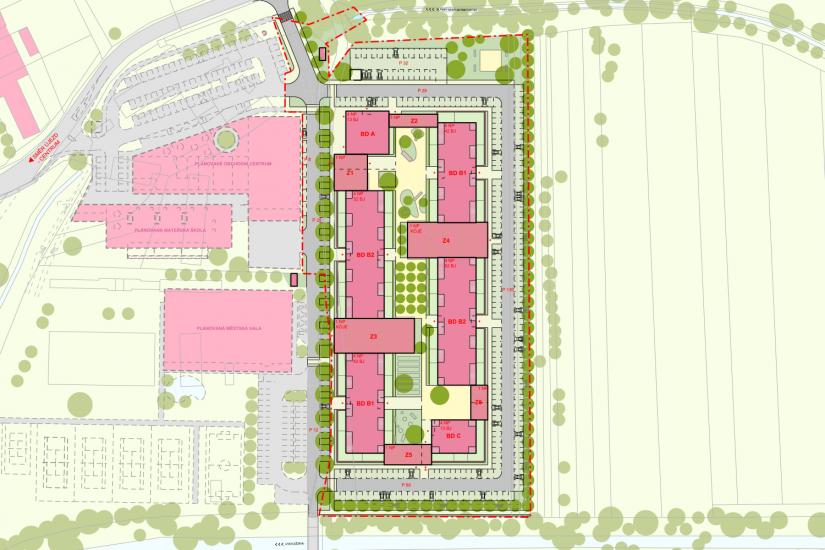 Transformation of a row of terraced houses in a historical South-Moravian village into a modern contemporary block of apartment houses.

Újezd u Brna is located in Brno metropolitan area on one of the two main development axes. The residential complex in the eastern part of the city near Slavkov exit lies on the site of a former mill built as long ago as in the 12th century. The borders around the site are formed by Litava River on the South, a road on the North, and a planned sports ground, a shopping centre, and a kindergarten on the West. The eastern border is created by Litava bottomland and a former millrace.

development, nowadays defined by Školní, Nádražní, Masarykova, and Družstevní Streets. It is of nearly the same size and orientation as the newly designed block of six apartment houses (about 100 × 225 meters). This type of development clearly defines different open spaces ranging from public streets, semi-private courtyards, to private gardens of ground floor flats. There are three parts to the common courtyard, each of which is of distinct nature — a social one (an open park-like space near the main entrance), one designated for relaxation (sycamore bosquet), and one designated

for leisure time (a clubhouse, a playground, and a community garden).