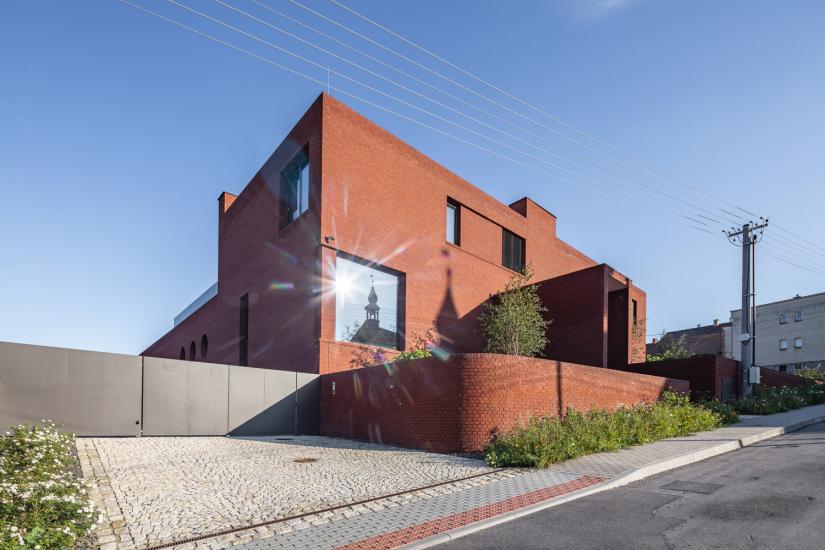 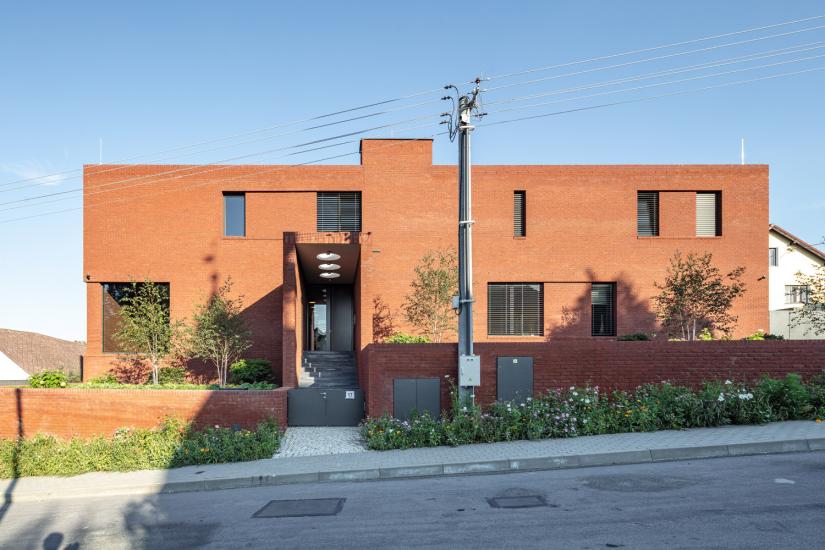 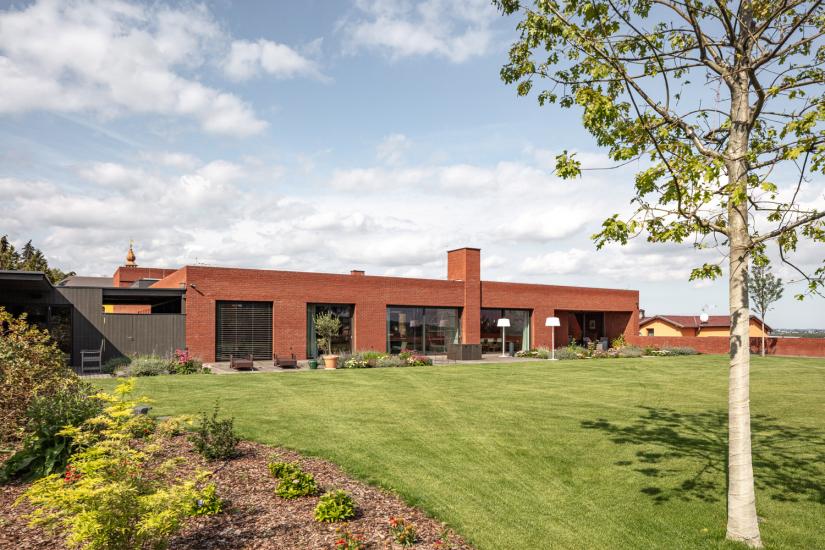 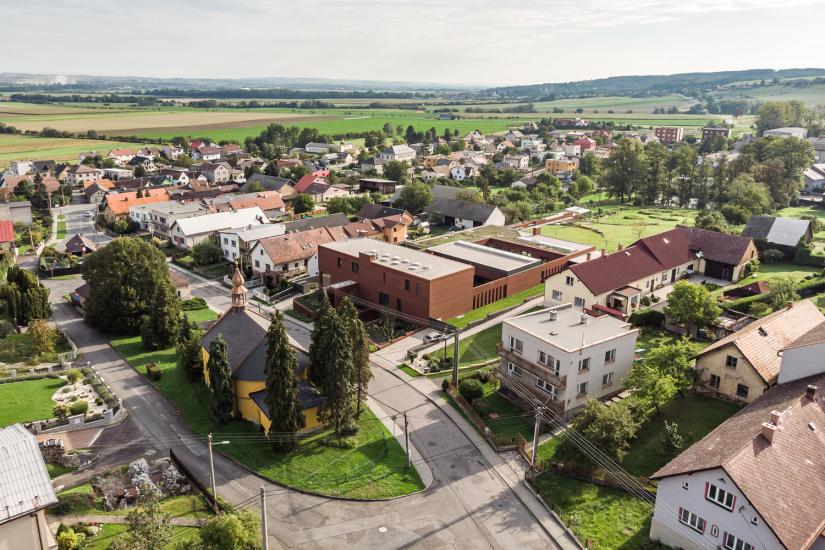 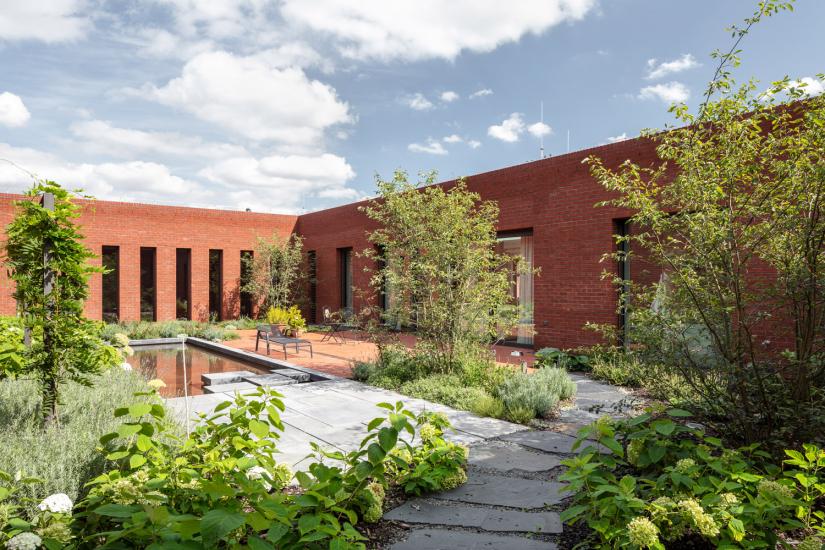 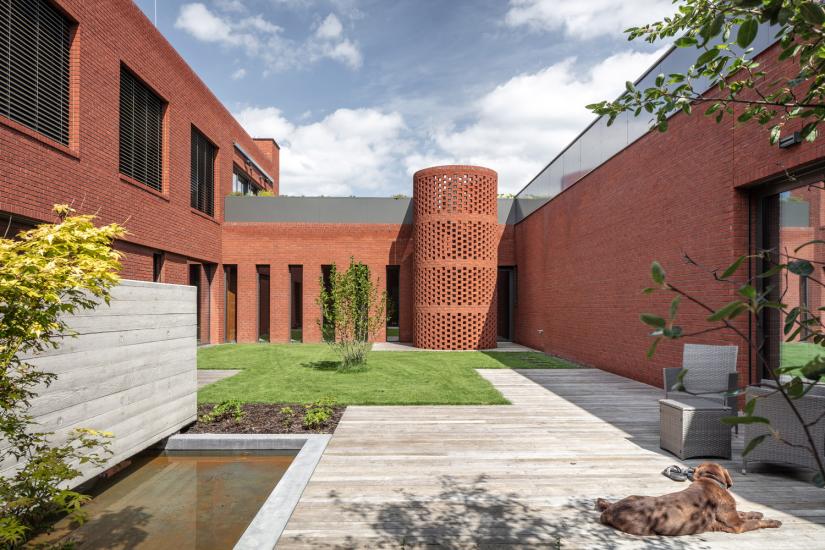 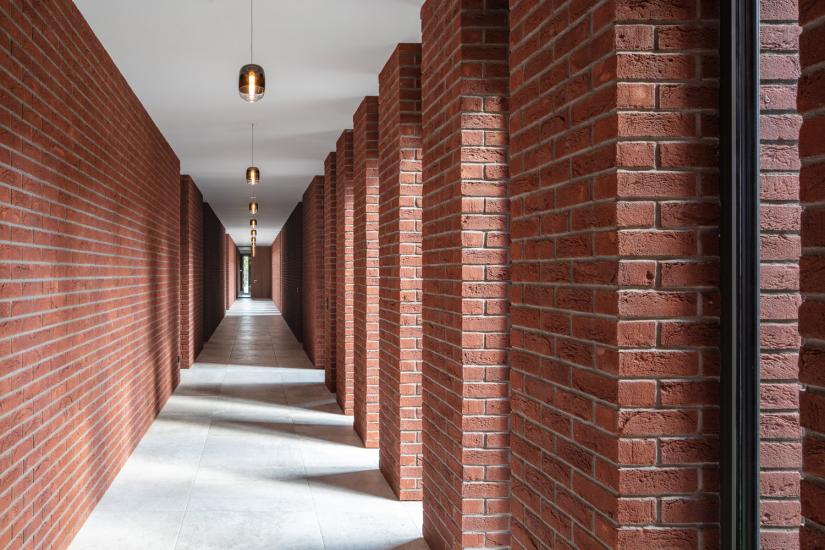 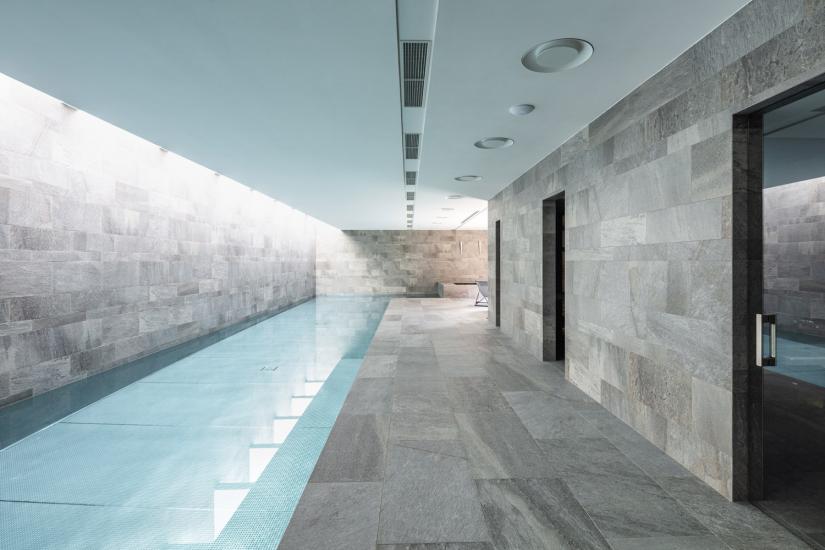 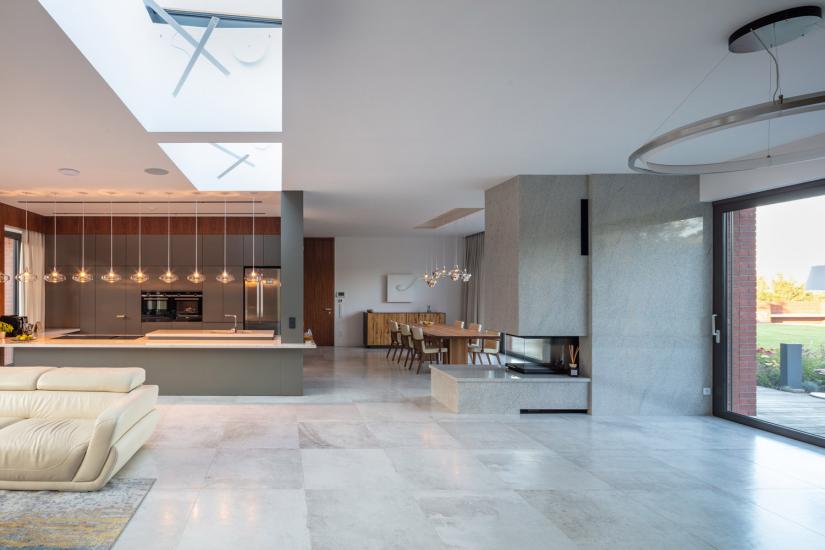 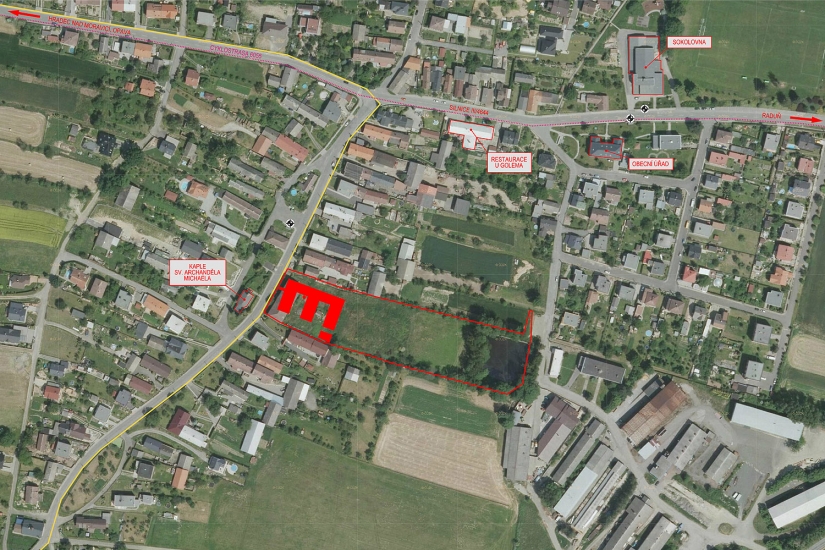 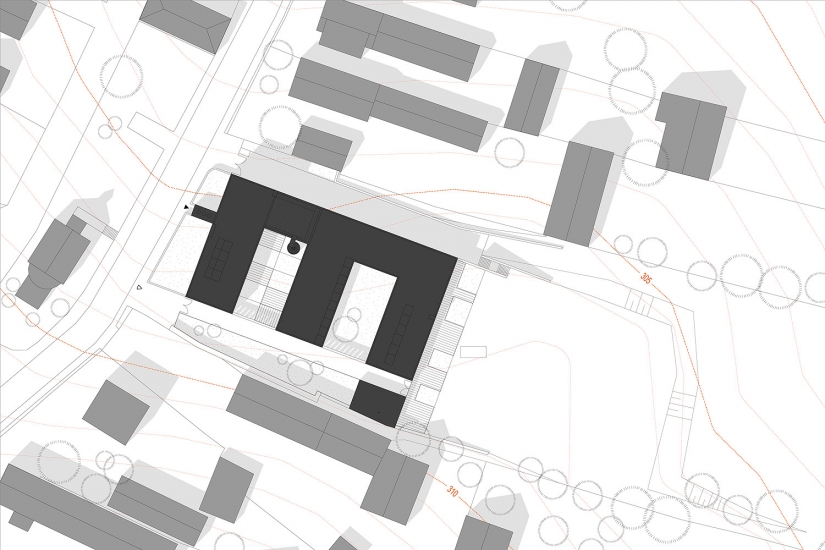 The village of Chvalíkovice is situated 9 km to the south of Opava, its only significant historical landmark being the Archangel Michael’s chapel in the village square. Across the street where the Reeve’s House used to be, a new detached family house has been built. The countryside home provides its owners with superior comfort and amenities, reflecting the principles of the villa suburbana in a contemporary context.

The building is divided into three “fingers” parallel to the street, connected by a service corridor, so that the plan forms a shape of the letter E. The sloping site allows for the service basement to be hidden underground perpendicular to the street, while the two storey street facing part doesn’t extend beyond the former volume of the Reeve’s House. The single storey second and third “fingers” help enclose two small patios in between; the patios are the same size but have different character.

Three families live in the street facing and the garden facing parts of the house, the middle section functions as a common relaxing and wellness area. Other shared rooms, guest rooms and cloak rooms are accessed from the connecting corridor. A common room with a billiard table, wine storage, garages, and other service rooms are located in the basement. In the backyard there is also a porch with a summer kitchen, a greenhouse, and a spacious garden.